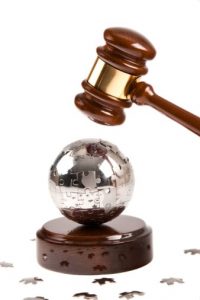 The Project “Criminal Policy against Transnational Crime” addresses trasnacional crime data along and their deficiencies. Furthermore, this project formulates suggested improvements data and examinates their relevance. Four criminal-policy trends have been developed according to the different transnational crimes: traditional (illicit trafficking); economic (related company), financial and anti-terrorism. All this, without obviating the necessity of adopting theories of justice related to the multiculturalism phenomenon and respectful with pluralism and cultural specificities.

The main objective was to analyse the phenomenon of transnational crime. The project firstly studied the relationship between globalization and crime (causes, consequences and effects of the globalized crime in today’s society, its importance and its social and political impact). Secondly, the project analysed crimes in terms of ecosystems based on official data on recorded crime and on victimization surveys that exist at the international and European level. The idea behind the project is to highlight factors that promote and limit transnational crime. In addition, current trends in transnational crime have been also analysed by the project, since they are the only way for a better understanding of the reality of transnational crime.

The funding body is the Ministry of Economy and Competitiveness of the government of Spain (Reference DER2012-31368). The principal resarcher is Ana Isabel Pérez Cepeda (University of Salamanca) and the duration is 02/01/2013- 01/31/2016.

Also, from a novel perspective, the project dealt with the concept, nature and scope of the transnational criminal system, the liability of legal entities (as the main active subjects of these type of crimes), the criminal enforcement measures and the rights of victims of transnational crimes. Therefore, the main transnational crimes are studied. Those crimes have been understood as autonomous serious crimes with a common characteristic: transnationality. Theorically, any crime that goes beyond state borders, affecting regulations of different countries or having an impact on more than one state could be a transnational crime. Thus, is not a closed list.

Within the last area mentioned in the previous paragraph, the project provided solutions to our national reality, highlighting the implementation of international instruments in the national order. The project has researched not only about the transposition of the content of these international instruments, but also if the categorised crimes are effective in reducing criminality.

Lastly, two studies have been addressed on two transnational crimes: trafficking and terrorism. Given their relevance, they have been presented in monographs. Also, special systems for the compliance of sentences of terrorism and organized crimes have been studied.