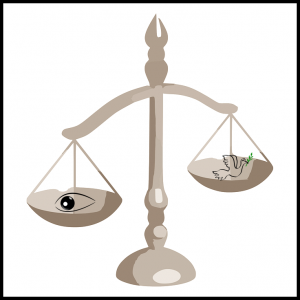 1. Firstly, carry out a study on: the phenomenon of terrorism at a general level; current terrorist organizations and groups; the figure of the lone wolf; and the causes, consequences and effects of terrorism in today’s society, as well as its importance and social and political impact. Secondly, to perform an analysis of terrorist crime in terms of ecosystems based on police data and victimization surveys that exist at international, European and national level in order to highlight the measurement of terrorism, factors that favor and limit the terrorism. Thirdly, the economic cost of the fight against terrorism, since it is the only way to acquire a knowledge of the reality of this phenomenon in our society.

3. A critical study of the translation into Spanish law of anti-terrorism legislation, with the aim of providing solutions to our national reality, in particular it will be highlighted the implementation of the international instruments into national law. It is not only important the implementation, but also once typified these crimes, but also if these are useful to reduce crime figures. Therefore, in this phase will seek to:

a) Check the degree of implementation of these international instruments in the Spanish systems and its compliance.

b) To develop some alternatives and preventive measures against terrorism and its financing.

c) To propose new regulatory schemes against terrorism in our country from the examples that can offer comparatives laws, in addition to refine or extend the catalogue of terrorism crimes to establish clear and effective criteria to determine the scope of application to be essential to ensure the survival of democratic states.

d) To develop appropriate measures for effective cooperation between international police and judicial against terrorism.

4. Alternative to the counter-terrorism policy (strategy) and Lege Ferenda proposal at the international, European and national level, encompassing preventive measures, repressive, cooperation and judicial assistance into the international and national area, and also the existing criminal and procedural peculiarities in the investigation and prosecution of terrorism. In short, these proposals and advice will be useful for pursuing the existing crime, but. mainly to prevent terrorist crimes.